I like graphic novels. The only words used are dialogue and thoughts. The artwork does the work for the description of the story. Because of that, you can read a graphic novel in one sitting.

Looking at lists of graphic novel recommendations is disappointing. Only the most well-known and popular graphic novels are ever listed. There be Watchmen, Saga, Muse, Persepolis, Bones, and Amulet. It makes someone that new to graphic novels think that this is all there is. How is one going to find what they like if all they see are popular books?

Comics – What is the difference between a comic and a graphic novel? The answer is a trick question. They are both the same thing. Only comics can come in two forms. You have the one issue which is printed in the paper stable together. The comic is printed like graphic novels where the paper is more glossy. Usually, there is more than one issue place into one volume.

Now, why are there graphic novels when comics are the same thing? Well…comics have a long history of being seen as something that can promote violence.

It was around the 90s that comics were being called graphic novels to steer away from what comics had to go through in the past.

Not all comics are superheroes. There were other genres like a slice of life which is what the Archie comics are and there are horror comics. Most notoriously are Tales from the Crypt.

Non-tradition manga: Not only do manga have a distinct art style, a real manga has to be read from right to left. There are graphic novels that have a manga style but are not read like traditional manga.

The Courtney Crumrin series builds a dark world of magic, witches, and fairies. This is a great and underrated series that deserves more attention.

Sheets is a heartwarming story about grief and moving on. Told in a sweet and sad way that make for a good story.

Boxers and Saints must to be read together to get the full narrative of the story. This is one of the few books that tell two sides to one story.

This is an amazing and fun book to read. Which plenty of action and likable characters. The word aquanaut is such a cool word and needs to make a comeback.

This story tells what it like to live under Stalin regime. Something that doesn’t get taught in schools.

Unwritten is a spoof off Harry Potter. The story is about this one character is based on a famous character from a fictional book series that is closely similar to Harry Potter. It doesn’t end there. The fandom is portrayed just like the cult-like HP fandom.

Instead of telling a story about a kid running into the woods and finding himself in a magical world, The story focuses on the family losing their child. A year later the child shows up fully grown and saying he was the chosen one to fight the Dark Lord. However, there is a twist, The child claiming to be the chosen one is actually the Dark Lord.

Lantern City does start out a little basic but up its game in the next book. This is not a story of rich people bad, Poor people good. Everything is muddle together.

The League of Extraordinary Gentlemen 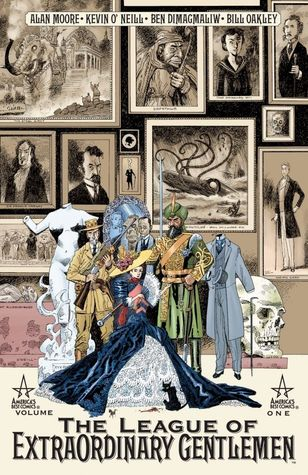 The League of Extraordinary Gentlemen take characters from classic stories and well…form the extraordinary of gentlemen and one lady. I never got far into this series because the large volume I check out from the library have a few rip pages in it. 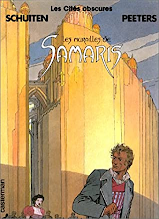 François Schuiten is known for his detail cityscape drawings. English translation of these books are hard to find.  If you don’t want effort to learn French, looking at the pictures alone is rewarding. 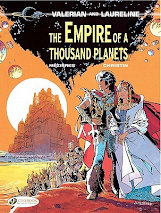 A movie was made some years ago called Valerian and the City of a Thousand Plants. The first few books are not the best but, the series does improve as it goes on.

Graphic novel hybrid – A lot of kids’ books have a graphic novel hybrid. I don’t know the exact reason why that is. My guess is that it easier for relent readers to get into the story if their picture to make it interesting and enough words to make it count as a chapter book.

All I know about this series is that it’s a show Netflix.

I used to read Big Nate all the time when I was a kid. It like Dairy of a Wimpy Kid expects each book can be a stand alone. 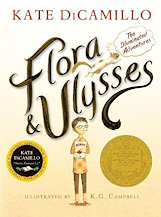 Flora is a natural born cynic. Ulysses is an unassuming squirrel. Together Flora and Ulysses will save the world or something.

Where to begin: Like books, graphic novels come in all types of genres. There is a likely chance that you will find a graphic novel in your favorite genre. That will be a good place to start.

Another thing to consider is the art style. There is a range of different art styles from cartoony to realist and everything in between. Just like writers, the artist has their own style. After a while, you will begin to recognize which style belongs to which artist.

There you go. This is my guide to getting into graphic novels and recommendation to add to the tbr.

4 thoughts on “List of Graphic Novels and Where to Begin.”